Building Peace and Self-Knowledge at The Mosaic Project

Fifth Graders participated in The Mosaic Project’s Outdoor School, a week-long experience in nature that brings together Fourth and Fifth Graders from three schools that are quite different from each other racially, socioeconomically, and ethnically.

The San Francisco School’s Fifth Grade was fortunate to participate in The Mosaic Project’s Outdoor School, a week-long experience in nature that brings together Fourth and Fifth Graders from three schools that are quite different from each other racially, socioeconomically, and ethnically. Mosaic uses an “evidence-based, social-emotional learning curriculum” that “is designed to address issues of difference, build self-esteem, and inspire inclusion.” It “places students in diverse groups within a neutral setting and directly addresses issues of difference while building self-esteem and community.” 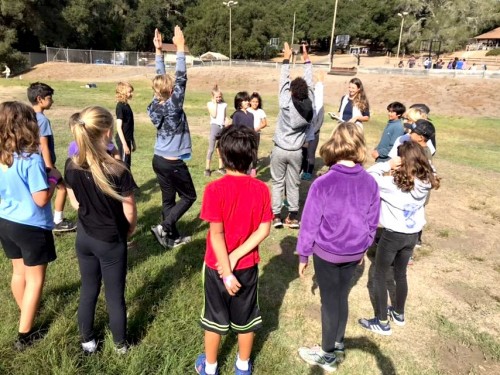 Fifth Grade Humanities Teacher Talia Goodkin spent the week at camp with the students, and was joined for part of the week by Fourth and Fifth Grade STEM Teacher Emma Martin and Head of Upper School Nancy Nagramada.  “I have worked with MOSAIC in various forms for over 10 years, and I was so excited that we could make this work for SFS,” commented Nancy. “Then, to see our students and Talia in action in the outdoor school, working hard, solving problems, learning new skills, and making deep connections with students from other schools, the richness of their experience made all the behind the scenes effort worth it.” 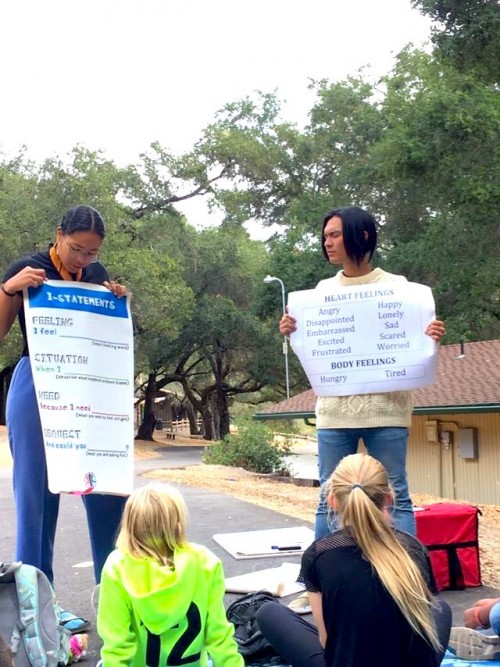 At the end of the week, Talia wrote a touching piece about her experience with the Fifth Graders, which she shared with the families in her class and was gracious enough to share here.

People often say something was a “moving” experience. I never really thought about the meaning behind the word “moving;” that it’s an experience that actually shifts something inside of you; that moment when someone turns on the light in a room that has been slowly dimming; that blinding instant when everything around you becomes clearer. This week was as moving for me as I hope it was for my students.

I was moved by my brave and powerful class; by the kids who were extremely homesick the first couple of nights telling me at the end that they were sad they were leaving; their smiles in the morning and their hugs at night; their hands eagerly stretching up in sharing groups; their cheers of support for each other; their willingness to show leadership, to roll up their sleeves, to hurry up and make the world better!

I was moved by the contrast between the first day - kids entirely clumped by school, looking nervously around, and sizing each other up - and the last day - kids saying goodbye to each other with clinging hugs while the bus honked its horn.

I was moved by small friendship moments - Gerardo trying to teach Jasper how to roll his r’s so he could successfully say his name; Charlie teaching Julieta how to do a finger trick; Lucy teaching her cabin mates how to pronounce a word in Mandarin from the fortune in the fortune cookie.

I was moved by boys crying and comforting each other with gentle pats on the back; by the male camp leaders hugging each other often, and talking about their emotions openly.

I was moved by the model of the program, learning about how to embrace diversity and then turning around immediately to walk the talk. I was moved by the staff; by every note of their songs to every crazy costume for every skit; by their raw talent and the genuine connections they made with the kids.

I was moved by the emphasis on learning each other’s stories, the idea that an “enemy is someone’s story you haven’t yet heard.” I was moved by the sharing group activities, which called upon kids to share vulnerable moments with each other, times they were bullied, picked on, discriminated against. One boy shared that a restaurant wouldn’t let his family get seated because they were speaking Spanish. Another student told me about a time when a bullet went through his bedroom window and he huddled under his bed with his mom embracing him the rest of the night.

I was moved by my own experience of working through my biases, stereotypes, and prejudice. This, I repeat, was a moving experience. It moved stereotypes, it moved hearts, it moved perceptions, and it moved understandings. It moved all of us outside of our comfort zones where we wriggled uneasily at first until we were able to stretch into the new space. For some, it meant dancing - a reluctant shimmy at first and a full on hip sway by the end. For others, it meant playing basketball and starting with “I’m not that good” and ending with “that was awesome.” Or for others it meant bee stings on eyelids, homesickness, or tears of raw emotions. For some, it was having to sit back-to-back with a total stranger and slowly stand up leaning against the other for support.

Thank you, MOSAIC, for moving us, for stretching us, for inspiring us to be the change we want to see in the world. 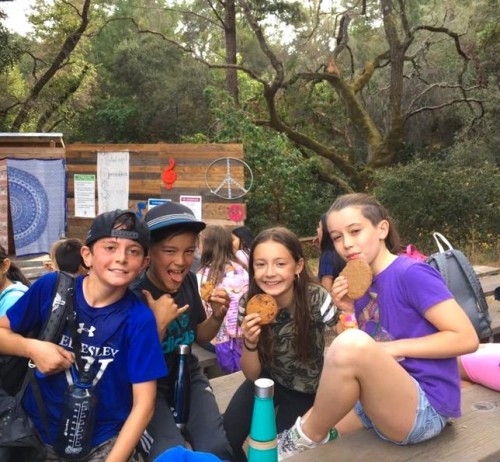